Book Direct with the Owner at Private Sydney: 2-5 Hour History Walking Pub Tour with Attractions Perth in Sydney, for all your Attraction and travel needs.

Step back to a magical time when rum was a currency, and Sydney's harbourside area of the Rocks was filthy rich with it. See local drinkers in their natural habitat, join them in their ablutions and learn about why rum was worth rebelling forâ€¦ then and now. The best thing is, because this is a private tour, we can adjust the itinerary to suit you, so let us know when youâ€™re booking if there any special places you are dying to visit near the Rocks!

Alright, letâ€™s get to know Sydney a little better â€” what do you say?Â Join us for your very own private tour around one of the most famous neighbourhoods in Sydney

Wind your way through the back alleyways, up the steps and back in time to uncover the stories and people who shaped this fledgling colony. Hear all about Sydneyâ€™s oldest pubs, the first breweries, amazing convict tales, and a rebellion over the most precious drink of allâ€¦ rum!

As Australiaâ€™s first neighbourhood, the Rocks was literally cut from the sandstone cliffs that rise above Sydney Harbour. On this private Sydney walking tour, weâ€™ll carve out a narrative of this neighbourhoodâ€™s history, starting with the convicts that were forced to settle here and their amazing tales of survival and entrepreneurship.

Along the way,Â weâ€™ll make pit stops at some classic local pubs in the heart of the Rocks. From there, weâ€™ll explore the once seedy back alleyways, which today are very safe, of course, but stillÂ feature many great photo opportunities.Â

After a drink at another historical pub,Â weâ€™ll delve deeper into some of the unique andÂ mostÂ off-the-beaten-track parts of the Rocks as weÂ visit an archaeological site like no other in Australia. Weâ€™ll finish up your private Sydney tour byÂ enjoying one last beer back near where the tour began.Â 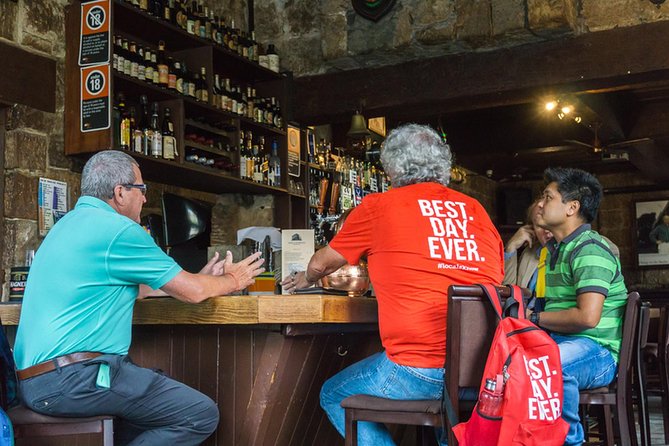 Attractions Perth welcomes Private Sydney: 2-5 Hour History Walking Pub Tour in Sydney NSW, we offer an experience that takes you on a journey of a life time in Sydney. For all your attraction and things to do, book your adventure today.

Is Private Sydney: 2-5 Hour History Walking Pub Tour in Sydney your property on Attractions Perth, please claim your listing and subscribe to update your contact details and receive your phone calls and emails from your clients.