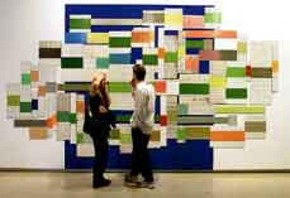 The Museum of Contemporary Art is Australia\\'s only museum dedicated to exhibiting, interpreting and collecting contemporary art from across Australia and around the world. 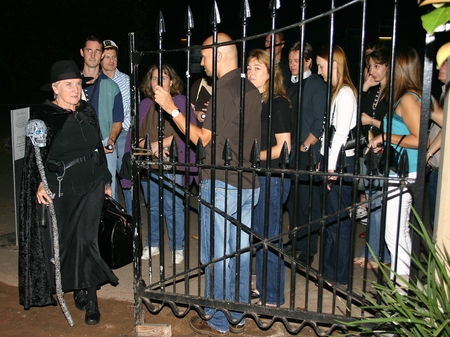 The Rocks Ghost Tours operate two hour walking tours of the historic Rocks area, the birthplace of Australia.
Ghost Hosts will tell the tales of the eerie past, spine-tingling stories that will amaze you, as you take a torch and lantern-lit walk through narrow laneways of this historic area. You will experience the atmosphere as you walk through the mystical stranglehold of The Rocks.
Tours can be tailored to suit the group. Tours range from specific Group tours (for groups of 16+ people) and General tours for individuals or smaller groups.
Their 2 hour walking tour operates seven evenings a week 7.45pm from October 1 (6.45pm from April 1). Starting time for Groups of 16 people or more will be advised at the time of booking.
BOOKINGS ESSENTIAL: Phone 1300 731 971 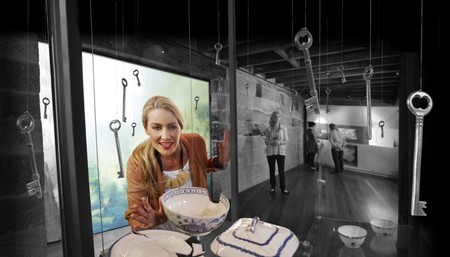 The Rocks Discovery Museum is a free, family-friendly museum, which tells the story of The Rocks area of Sydney from pre-European days to the present. Housed in a restored 1850s sandstone warehouse, it’s home to a unique collection of images and archaeological artifacts found in The Rocks. Enjoy Friday lunchtime talks from eminent speakers, fun and educational school holiday programs and interactive exhibitions, which bring the history of the area to life.

Disabled facilities:
There is lift access within The Rocks Discovery Museum 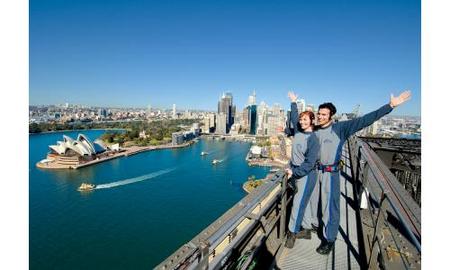 In Climb groups of up to 14 people, you’ll be led by one of BridgeClimb’s professional Climb Leaders on an adventure of the world’s most recognisable Bridge. The steady incline to the summit leaves you free to focus your attention on your Sydney experience, with opportunities to witness 360 degree views of Sydney, including east to the Sydney Opera House, west to the Blue Mountains and the Harbour city surrounds.

What makes a great market? If it’s about passionate people selling things you want to buy in a pretty cool location then The Rocks Markets is one of Sydney’s greatest.

You know The Rocks is on the doorstep of the CBD, but it’s slower here, and infinitely more charming. And, really, who wants to rush when there’s so much to take in.

Where else can you buy dresses and bags designed by the stallholder, one-off jewellery, original artworks and prints, in a place where you can feel the sun on your face and catch glimpses of our gorgeous harbour?

If you haven’t been for a while, come back. You’ll be genuinely surprised.

Built in 1858, Sydney Observatory is Australia’s oldest observatory, and one of the most significant sites in the nation’s scientific history. It is recognised as an item of ‘state significance’ by the New South Wales Government and is heritage listed.

In the 19th and early 20th centuries, the Observatory was essential to shipping, navigation, meteorology and timekeeping as well as to the study of the stars seen from the Southern Hemisphere. The Government Astronomers worked and lived in the building until 1982* when Sydney Observatory became part of the Museum of Applied Arts and Sciences.

Today the Observatory is a museum and public observatory with an important role in astronomy education and public telescope viewing. It contains an 1874 29cm lens telescope, a 42cm computer-controlled telescope and a hydrogen-alpha solar telescope, able to be viewed through by visitors during booked sessions. There are also a virtual reality 3-D space theatre, exhibitions about astronomy, meteorology and the history of Sydney Observatory, beanbag planetarium, lecture theatrette, souvenir shop and beautiful gardens.

The Rocks, The Rocks NSW 2000
view listing
From industry members to fully-fledged coffee-holics, to those who love to combine their cocoa bean with their coffee bean, there's something for everyone at The Rocks Aroma Festival. The Aroma Festival includes not only the Sunday event, but also offers an impressive array of activities and workshops available throughout the month of July leading up to the big day. Visitors will have the chance to sample different roasts and brews to their hearts' content with over 60 stalls of coffee roasters, tea, domestic coffee machines and delicious fine foods that can be paired perfectly with coffee....
SHOW MORE
The-Rocks Attraction,

3 Cumberland Street, The Rocks NSW 2000
(02) 82 747 777
view listing
See Sydney like a local - take the climb of your life to the top of the Sydney Harbour Bridge with BridgeClimb Sydney. With their Climb Leaders as your guide, you will suit-up in their specially designed outdoor gear and ascend. From its fascinating underbelly to its summit, 134 metres above the Harbour, the Bridge is the pride of Sydney. There are four different climbs to the top - The Bridge Climb, The Discovery Climb, The Express Climb and introducing The Mandarin Climb. Each climb route is available at all times of the day (The Mandarin Climb is available during the day only). From dawn until dusk, the view from the top is always different. Climbs are available at dawn (limited departures), during the day, twilight or night. Don't miss out on this unforgettable, and uniquely "Sydney" experience. ...
SHOW MORE
The-Rocks Attraction, 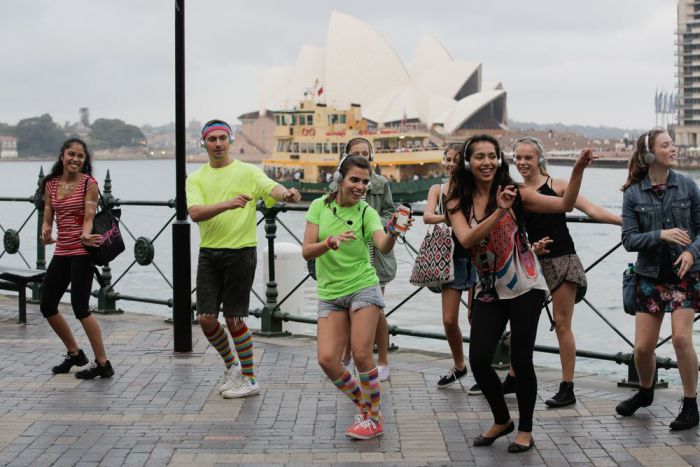 110 George Street, The Rocks NSW 2000
(04) 16 210 187
view listing
DiscoDtours is an innovative social enterprise in the tourism industry. It was launched in 2015 and is committed to spreading the fun, happiness and joy of dance and to make a meaningful difference in the world by donating back to charities. DiscoDtours operates on Fridays and Sundays from Circular Quay and on select days from Manly....
SHOW MORE
The-Rocks Attraction,

The Sydney Museum of Words

73 George Street, The Rocks NSW 2000
(04) 33 733 456
view listing
The Sydney Museum of Words is located smack bang in the middle of Sydney, located in the former Ken Duncan Gallery in The Rocks. Curator, Charles Firth ("The Chaser"), says the new museum is a "world first". Some of the words have been donated by the likes of David Hunt, Andrew Denton, Clover Moore, and even Julian Assange. Firth said: "The idea is to encourage people to spend time reflecting on words outside of their every day use." The exhibition will provide locals and tourists a collection of only the best words that Australia - and Sydney - has to offer. It's a great for a day out with the kids. ...
SHOW MORE
The-Rocks Attraction,
Loading ....